The Christie’s Star Trek auction was October 5-7, 2006. When I first heard about the auction, it was at Comic Con International in San Diego in July. Christie’s had set up a small booth with some of the pieces that would be sold, and it was quite a site. Denise and Mike Okuda made an appearance and were on TV talking of the auction. I immediately ordered the two volume auction catalog (a cool $ 90 – heck, the hardcover limited edition was $ 500!).

The catalog was over 500 pages of full color photos. If you are a Star Trek Collector, you should get these catalogs just for the reference value. They are truly amazing. Now Christie’s is selling them for 30% off. That’s only $ 60, and you can get them at Christie’s site.

Of course the hard cover edition is still $ 500!

Here are a few photos of what the catalog is like inside:

They had tons of great uniforms: 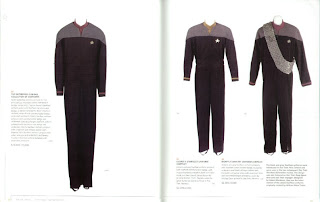 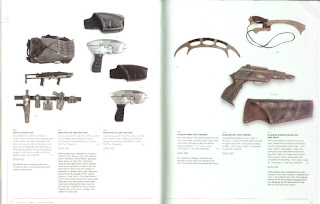 And plenty of models, including every major ship model! 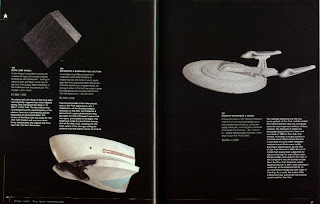 When I got my catalog I called every major Trek fan friend I had and told them about the auction. Seats were supposedly limited, and you might not even get tickets to all three days! Needless to say, I had two friends apply for tickets even though they weren’t going. Of course, as wound up, everyone got in. The room where the auction was held was huge and I assume they didn’t have the turnout they hoped.

I went through the catalog and marked every item I wanted. I had a limited budget and would have to bid carefully. With 1,000 lots there were so many great items. The Ships were amazing, as they had the primary filming miniatures for the Entreprise A, B, C, D and E, as well as Voyager, Defiant, Reliant, the Kligon Bird of Prey and the Romulan Warbird. They had costumes for every major character as well as background players and every type of prop you could think of. I think every friend of mine picked out the Ressikan Flute as something they would love to have (little did we know……). A Phaser Rifle was high on my list.

As the auction approached, the auction got lots of press in the mainstream media. There were two articles on Star Trek.com. One has a bunch of photos, the other is a Q&A.

And a great piece in the NY Times online.

And most importantly the CBS piece with Video.

The days leading up to the auction, Christie’s previewed the items for sale. It was a great event I heard, but business kept me away from it. None the less, you could see and touch every item that was in the auction. My friends were there and took some great photos: 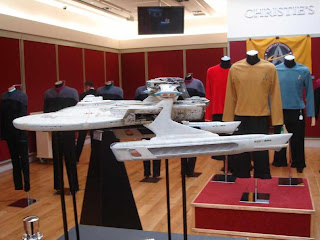