Skip to content
Star Trek Exhibition The Star Trek Archive
October 26, 2011 Loken 0 Comments
Well, day 2 was a rush of activity as there was a special preview that night.  Now most of the work wouldn’t be done, but still, the exhibit was going to get public attention and so it had to be at least at some basic level of present-ability.  My job was to catalog every single item in the exhibition that was production made ( or potentially replica).  So we didn’t bother with anything made for the the exhibition.  By the end of the day we had a pretty good list.

Now I have to go through everything I photographed at Kennedy Space Center.  There is a Master list of everything that originally was made available.  Interestingly, this was all stuff on the Star Trek World Tour and saved from the Christie’s auction.

The Props all packed up. 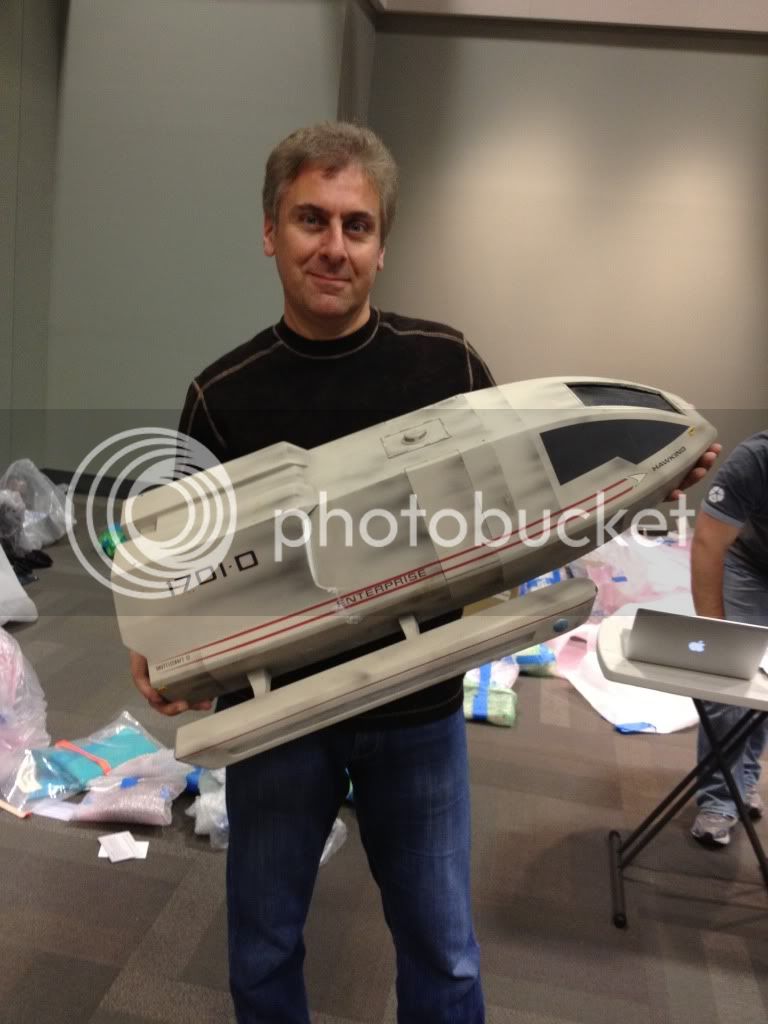 I love my job

The Travel Pod from ST: TMP

Klingon Throne (there are TWO!)